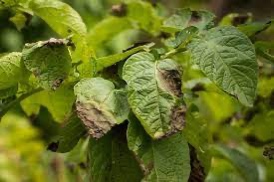 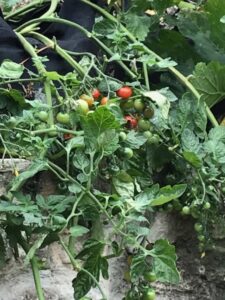 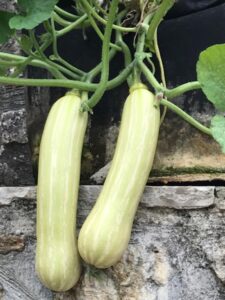 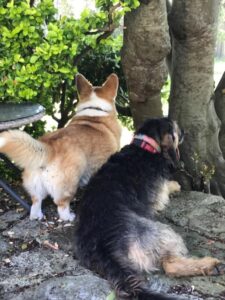 A Blight On All Their Houses – Spotting Potato Blight

I spotted the first signs of blight on the potatoes today. Not many leaves, so it was a matter of cutting off affected foliage and burning it. But it will be back. When a third of the leaves show the tell-tale brown splotches followed by the rapid collapse of the plant, I’ll remove all the leaves and stalks because there is nothing to be done to halt the spread once it starts and I won’t use chemical sprays. The dying leaves have done their job of growing the spuds and will serve no purpose other than to harbour the problem. Better to get rid of the foliage sooner rather than later in the hope that the tomatoes on the other side of the garden escape infection. 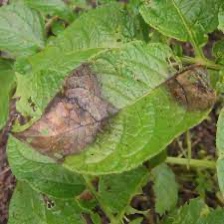 There are two schools of thought about harvesting potatoes from a blighted patch: dig them up immediately or leave them in the ground for at least two weeks to protect them from spores. I’m inclined to the latter – except, you might recall – we have a problem with wireworm, and leaving the tatties in the ground is asking for trouble. Still, the blight was late this year and I’m trusting the crop will have benefitted from the few extra weeks in the ground and the copious amount of rain we’ve had over the last month. Time, as they say, will tell.